Thank you to Disney for providing us with a copy of Phineas and Ferb Mission Marvel in order to facilitate my review.  All words and opinions are 100% my own.

When you take two separate things and combine them together, it can either be really good or really bad.  Oil and water, they don’t mix so well.  A twist cone of soft serve vanilla and chocolate, those combine pretty well.  And when you take Phineas and Ferb and add in the Marvel Universe, well, that’s just good times. 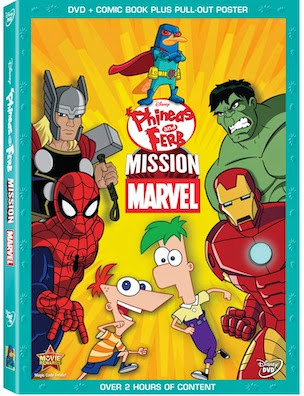 And that’s exactly what has happened in the new DVD Phineas and Ferb Mission Marvel.  Some of the Marvel super heroes suddenly find themselves without their powers, and after calculating the source of the beam that hit them, they find the source to be Danville.  Apparently Dr. Doofenshmirtz’s latest scheme has had an unintended consequence and Spider-Man, Iron Man, Thor, and Hulk find themselves teaming up with Phineas and Ferb to try and get their powers back. 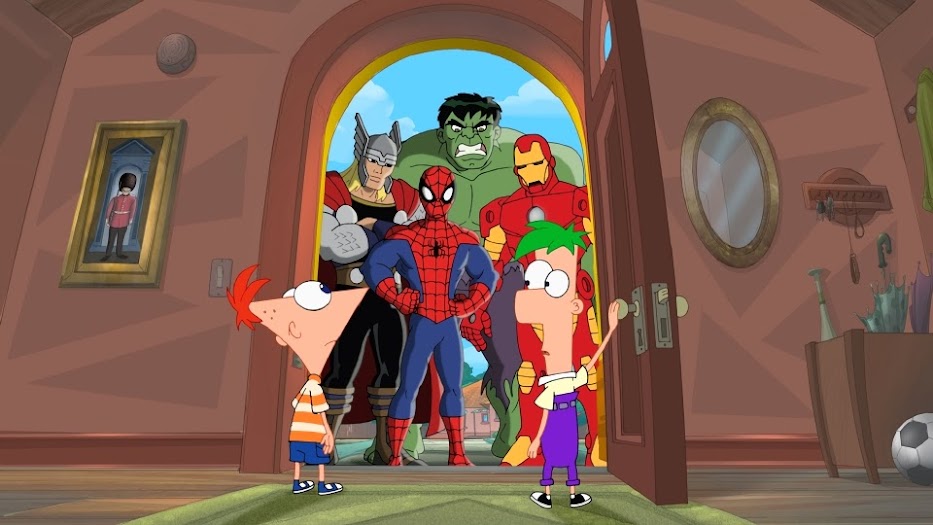 Stopping Dr. Doofenshmirtz can be challenging enough, but when you add in Red Skull, MODOK, Whiplash, and Venom – all Marvel Super Villians – things can get a little hairy.  They want to steal Dr. D’s power-draining technology which would destroy Danville in the process.  The whole situation gets even more complicated by the well-meaning actions of Phineas and Ferb’s sister Candace that don’t go quite the way she had planned. 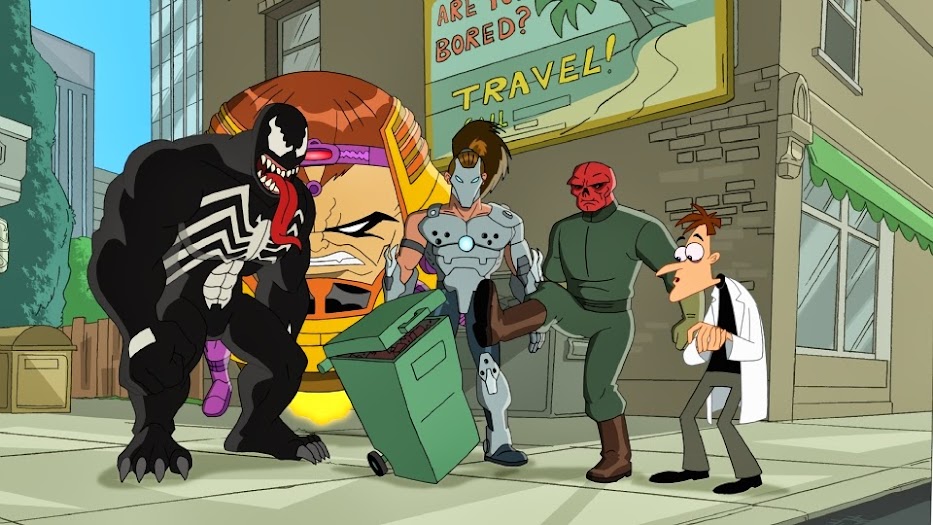 Bubbles loved seeing some of her favorite characters – she’s become a big Marvel fan in the past year – join the Danville crew.  I enjoyed the show, too, especially the fun humor of the Marvel characters paired with the dry humor of Phineas.  And of course Secret Agent Perry makes appearances, too, working at the request of Nick Fury to help restore the powers. 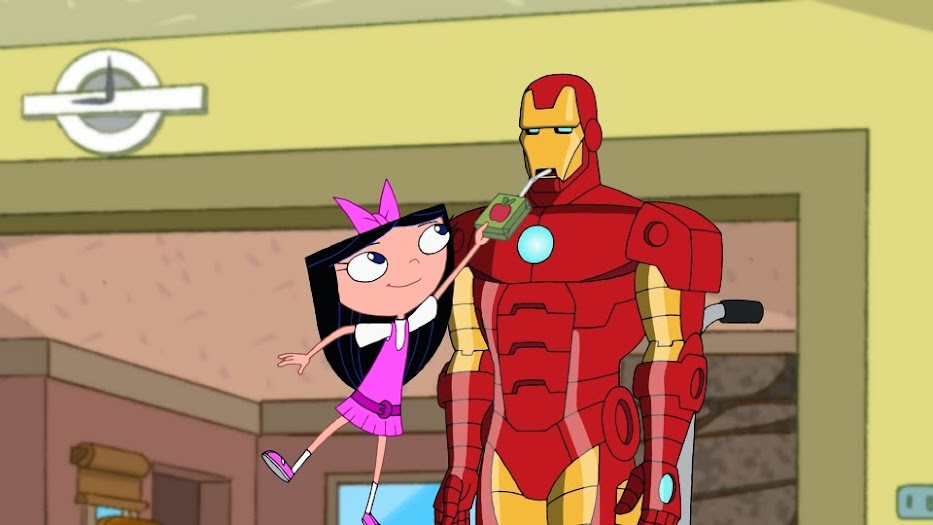 In addition to the Mission Marvel episode, there are eight additional episodes:

All the episodes together total approximately 145 minutes of content, which will give you plenty of Marvel and Phineas and Ferb screen time.  Inside the DVD case you’ll also find a Collectible Comic Book and an exclusive Marvel poster (one of three designs, packed at random).  The Phineas and Ferb Mission Marvel DVD will make a great addition to the movie library of any Marvel, Disney, or Phineas and Ferb fans.

Who is your favorite: the Marvel characters or Phineas and Ferb?