For tailgating season as part of a sponsored post for Collective Bias I made one of my favorite tailgating recipes, Buffalo Chicken Mac & Cheese.

Fall means different things to different people: changing leaves, pumpkin patches, cooler weather.  It means all those things to us, as well, but the biggest thing that fall represents around here is football.  Football is serious business here in Kentucky.  We have lots of college teams that we love to support, plus two or three NFL teams within relative driving distance.

Lots of football means lots of occasions to eat (something else Kentuckians take pretty seriously).  Whether it’s tailgating at the game or having friends and family over to watch the game, there are plenty of dips, lots of chili and casseroles, burgers and ribs, and tons of sweets.  I have a variety of different recipes that I like to rotate through, but one thing I almost always make is my homemade Buffalo Chicken Mac & Cheese. 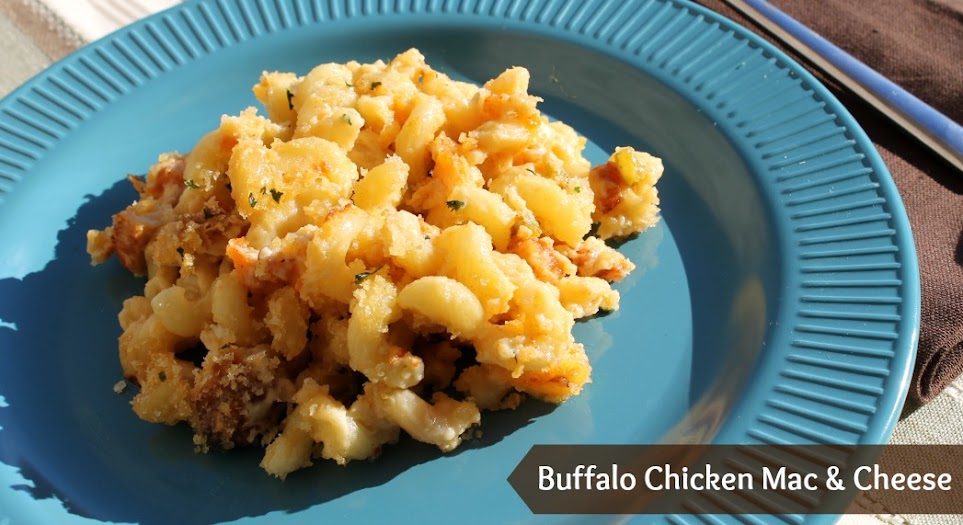 Buffalo Chicken Mac & Cheese is great for tailgating because it combines that great flavor of wings with delicious, comforting mac & cheese all in one dish.  It’s easy to double, triple, half – whatever you need for the size of the crowd you’re serving.  It’s also fairly easy to cook.  The only downside to making it was that it took a little longer to assemble than I would have liked.

That is, until now.

The most time-consuming part of Buffalo Chicken Mac & Cheese was always the chicken.  I had to boil the breasts, let them cool, shred them by hand, then sauce them up.  It was at least a 40 minute process.  Normally I’d use that time prepping the rest of the dish, but in this case, the chicken has to be there from the start, ready to go as soon as the sauce is completed.

But the other day while shopping at Sam’s Club I ran across Tyson’s Buffalo Style Tenders.  The strips are fully-cooked chicken already flavored with buffalo-style seasonings.  As much as I love to cook from scratch, I’m not opposed to a time-saver now and then and I thought these could be an excellent substitute for the chicken in my mac & cheese recipe. 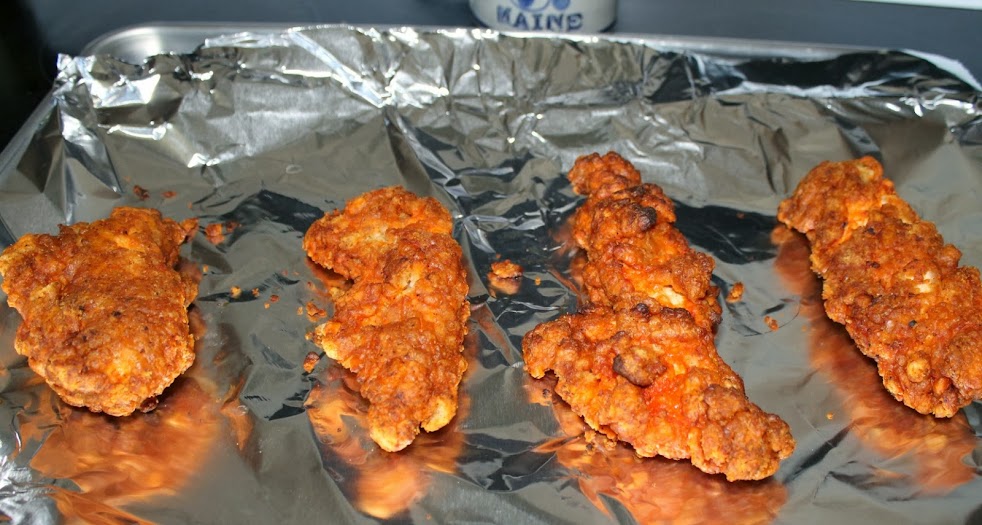 The tenders are fully-cooked but I did warm them through in the oven for about 10 minutes to make them easier to chop.  I cooked four but only used two for the mac & cheese because the tenders are huge – no one is going to go hungry snacking on those.  Then I just ran my knife through them in a rough chop and set them aside. 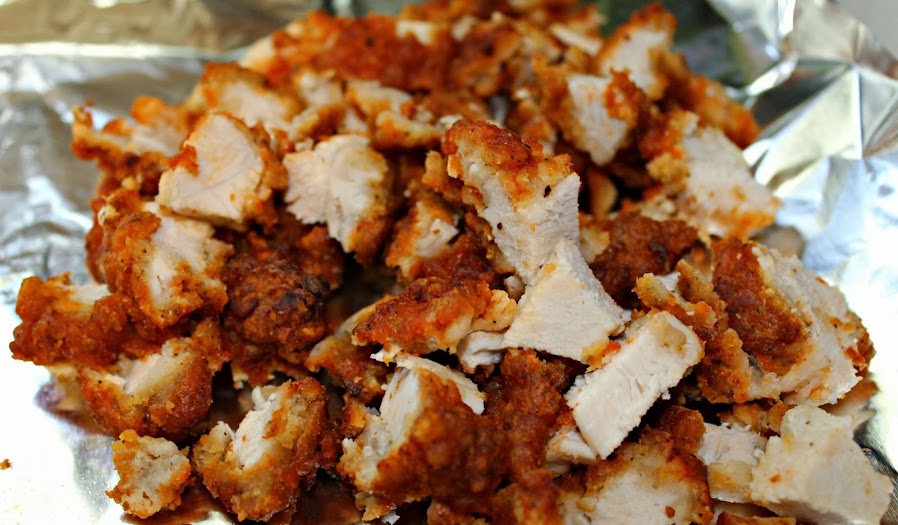 I started the pasta cooking while I pulled out the rest of my ingredients.  I use cavatappi pasta for all my mac & cheese recipes because it holds the sauce so well, but if you can’t find it or would rather use something else, feel free.  Elbow macaroni would work just fine.

As the pasta cooked, I melted butter in both a small skillet and a medium saucepan.  To the skillet I added my diced onion and celery and let that saute for a few minutes.  To the saucepan I added flour and dry mustard to make a little roux.  I added half-and-half to the roux, whisking constantly, until it thickened up a bit.  I let it simmer for just a second while I added some garlic and the chopped Tyson Buffalo Style Tenders to the onion and celery so meld all the flavors.  While that cooked, both shredded and cubed cheese was added to the sauce and stirred until completely melted. 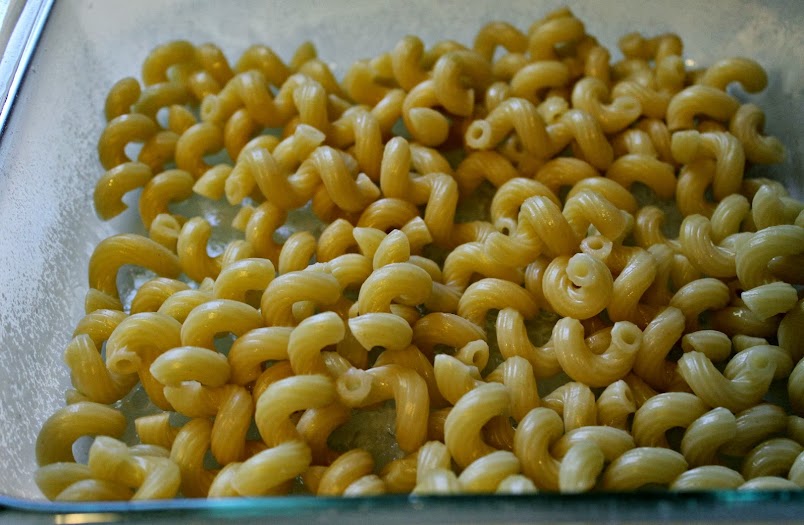 Then it was time for assembly.  Spray the dish you’re using (I used a 9×9″ baking dish for a mid-week meal, but normally I make a larger portion in a 9×13″ baking dish) with cooking spray and add half the cooked pasta.  Spread it around a little to completely cover the bottom of the dish. 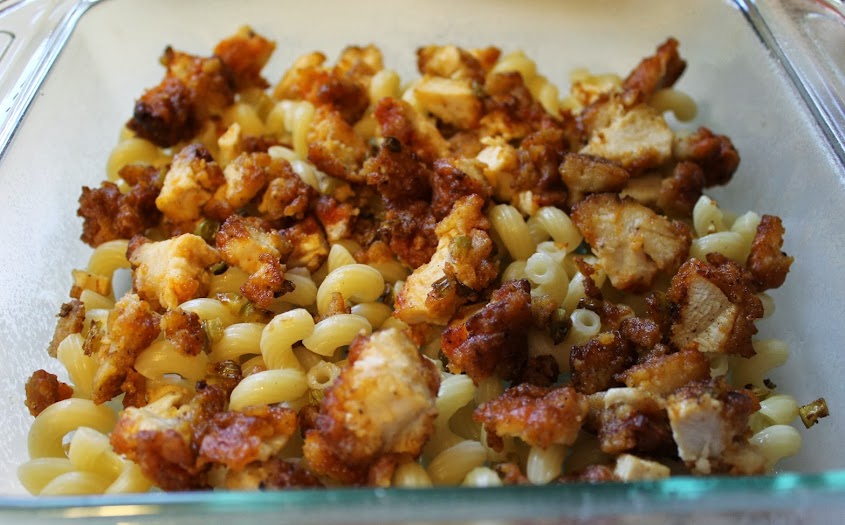 Over the first layer of pasta spread your buffalo chicken mixture.  You’ll probably see some pasta peeking through, and that’s okay. 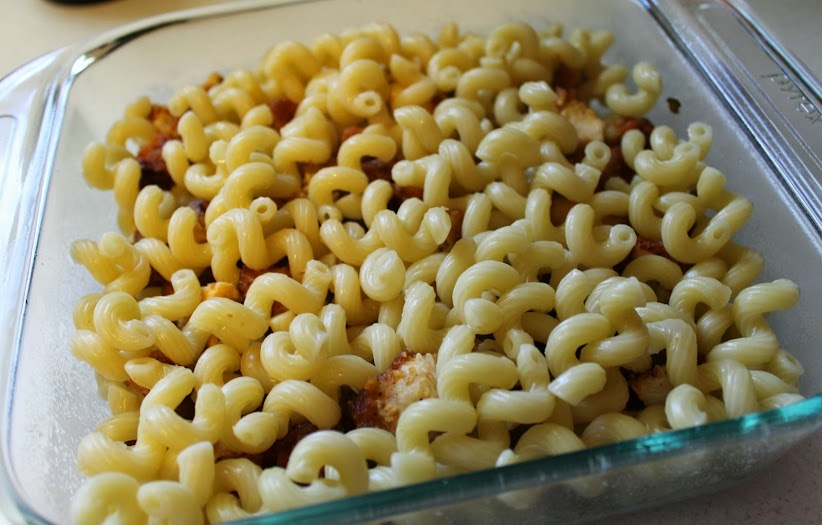 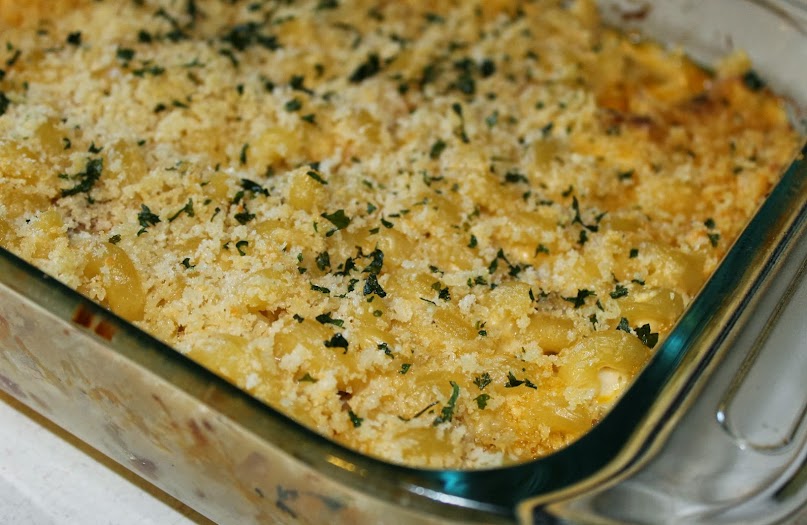 Then spread the remaining pasta over the chicken layer.  Pour your cheese sauce over the entire thing, and give it a little shake to help fully coat everything.  Then sprinkle on some panko that’s been mixed with butter, and top with a bit of parsley.  Bake it in the oven until everything is bubbly and the top is lightly browned and you’re done! 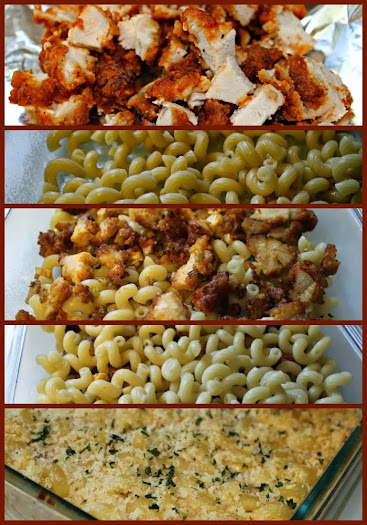 Here’s the full recipe.  Feel free to print a copy! 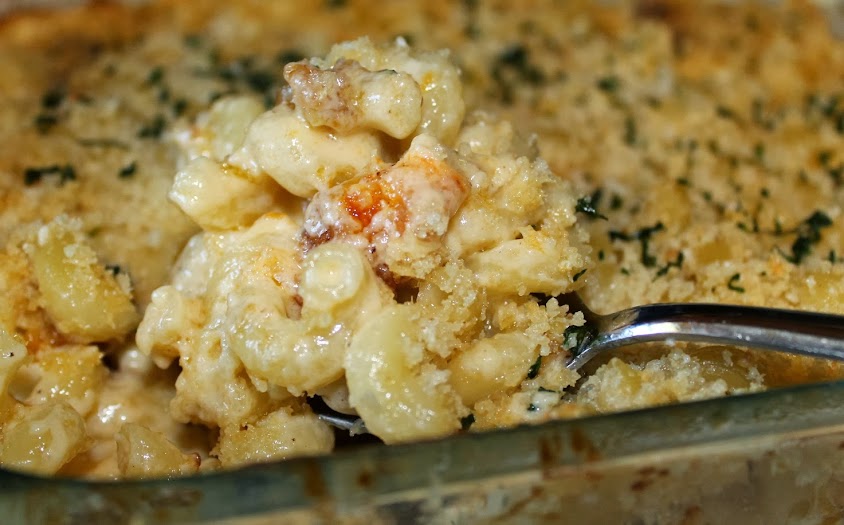 The final product tasted exactly like my original recipe, with a lot less work and mess.  I’ll definitely be picking up more Tyson Buffalo Style Tenders for future football games (and week-night meals, too!).

Sam’s Club will be demoing the Tyson Buffalo Style Tenders at locations nationwide on October 5th. Pop in so you can see for yourself how tasty the tenders are, and then pick up a bag for yourself. Oh, and the first 200 people that attend the demo get a free Finger Football kit to take home, so stop in early. And you can download a finger football app to enhance the activities.

What are some of your favorite tailgating recipes?