Last week we traveled to Maine to surprise my Grandmother for her 85th birthday.  We surprised more than her – only my parents and brothers knew we were coming.  It was a lot of fun to contact different family members and friends and say “oh, hi!  We’re here!”.

We were only gone for a short time so we left the laptop at home.  I had scheduled a few posts for you all while I was gone, but apparently the scheduler also decided to go on vacation.  You’ll see those posts come through over the next few days. 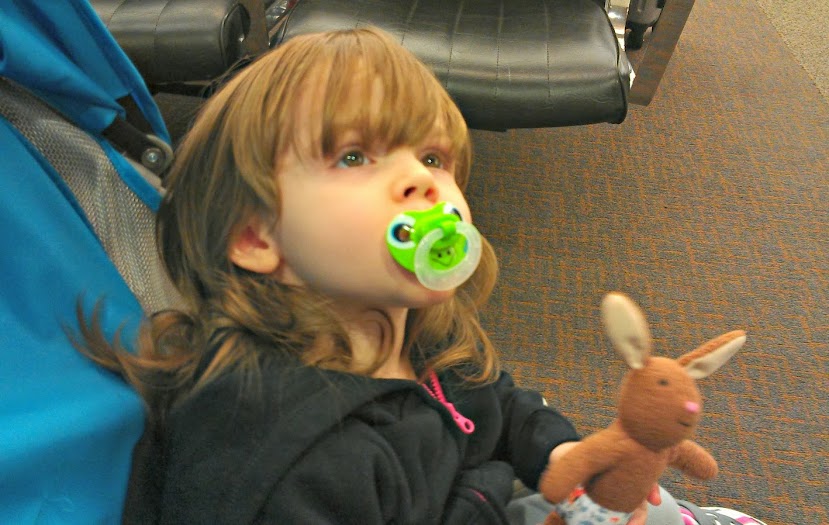 Waiting to get on the airplane with her buddy Bunny-Bunny.

Bubbles was an excellent traveler.  She clearly loves flying.  Apparently watching that episode of the Bubble Guppies where they went on the airplane was a good idea because when the engines came on, instead of being scared, she went down the checklist of what the plane needed to fly: engine, wings, and wheels.  The guy sitting behind us commented that he definitely hoped that our plane had all three.

On the way back there was a little (okay, a lot) of take-off turbulence on our first flight.  It was enough to make my stomach do flip-flops, and the guys in front of us were nearly clawing their way out of their seats.  I thought for sure this was going to be the first cause of tears on our trip, but Bubbles surprised me.  She started laughing and said, “Look, the plane has the hiccups!” 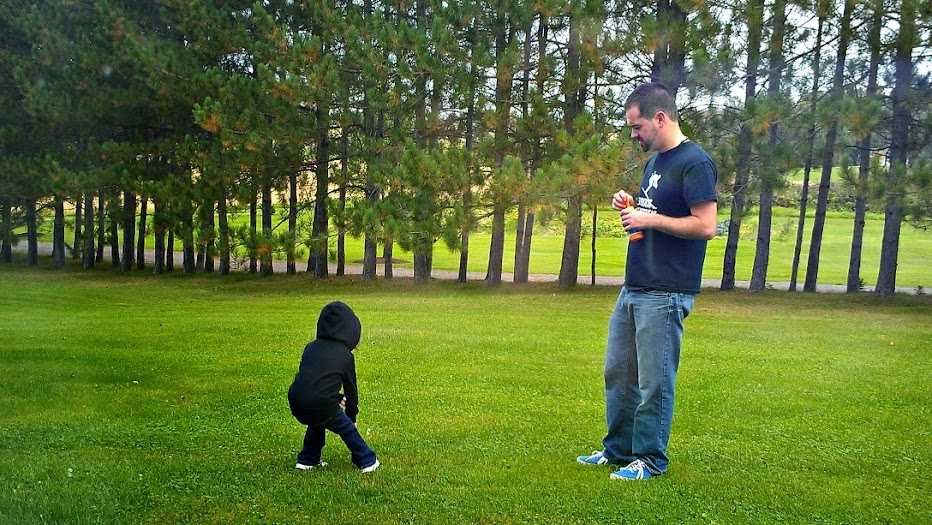 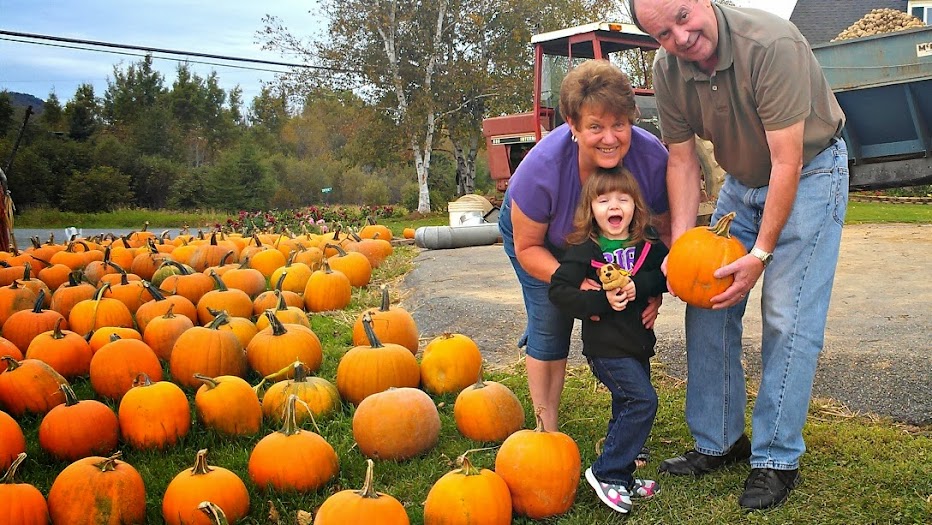 She’s not a ham or anything, right? 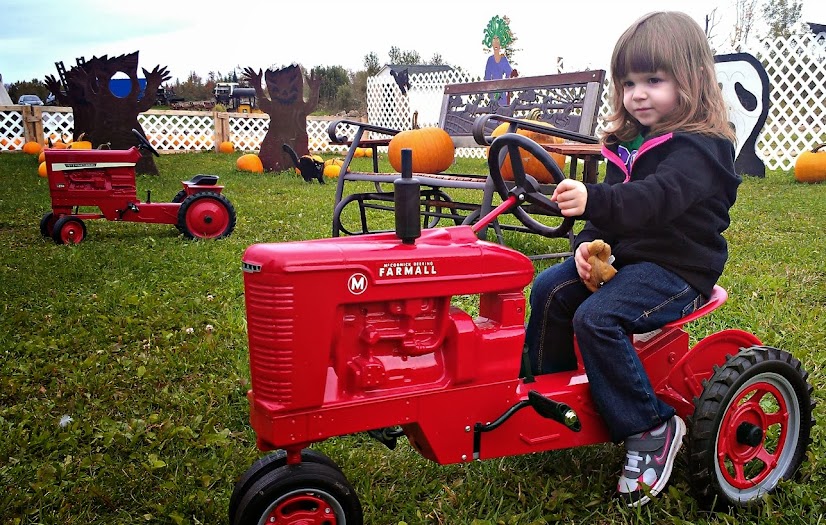 Even though we were only there a few days we managed to pack our time pretty full.  We had a lobster dinner one night, visited the pumpkin patch, went to a surprise birthday party for my youngest brother, the surprise party we threw for my Gram, got to spend time with one of my best friends from high school, and a few other things. 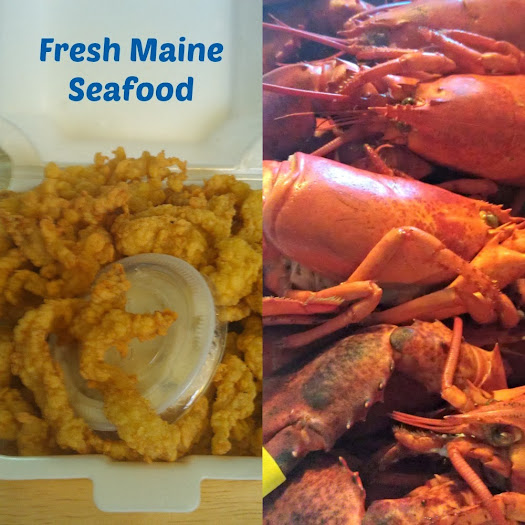 In addition to lobster (seriously, if you’ve never had Maine lobster you haven’t had lobster) I also had the chance to visit The Rusty Crab.  It’s a local eatery that was opened by one of the guys I went to high school with.  If you’re ever in Northern Maine, definitely stop in.  The tenderloin clams were delicious, and the fries are homestyle shoestring, which you don’t see often (and were awesome). 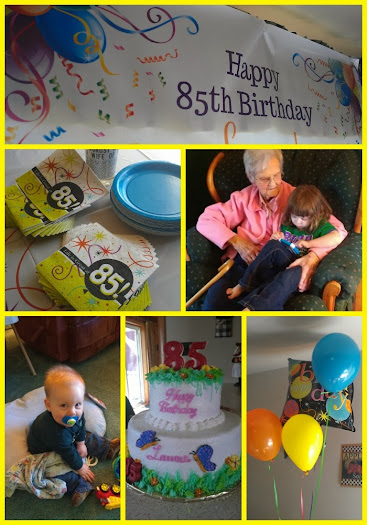 The party was a total surprise.  We set it up as an open house so people could come and go and there were lots of family and friends that came to share in the celebration.  Some folks even drove almost 5 hours just to come.  My Gram looked a little shell-shocked so I’m sure she’s still soaking in all the festivities this week.

It was nice to see everyone (no one other than my parents had seen Bubbles since she was 8 months old) but it was also nice to get home.  We’re settling back into our regular routine and everyone is catching up on their sleep.  Blog posting should be back to it’s normal schedule now, too!  Look for lots of great recipes, gift ideas, and movie suggestions over the next couple of weeks.

Have you ever taken a trip to Maine? What’s your favorite part?

9 Responses to “Our Trip to Maine”