It always seems that breakfast is one of those meals that is almost always the same.  Yogurt and a piece of toast, some scrambled eggs with a couple strips of bacon, pancakes, cereal – whatever it is, I feel like once we find something we enjoy that fills us up for the morning we tend to stick with it.  Habit and routine help us get our morning started and keep everyone on schedule.

Every once in awhile, though, it’s nice to break out of the rut and add in some new options.  On the weekends we have a bit more time and try things like different breakfast casseroles, omelets, Eggs Benedict, and things like that.  But during the week to help add variety, yet still get our picky eater to eat, we sometimes turn to frozen products to help speed up our prep.  And because breakfast for us is mostly about getting Bubbles to eat something I really like the “mini” frozen foods, like the new Aunt Jemima Lil’ Griddles.  They have mini pancakes, mini blueberry pancakes, and french toast sticks.

In addition to the size, one of the other things I really like about the Aunt Jemima Lil’ Griddles is that every batch is made from scratch using real eggs and milk – ingredients I would use if I were baking them in my own kitchen.  The only difference is that someone else took the time to cook them for me.  I just need to pop them in the microwave or toaster for a few seconds and breakfast can be on the table. 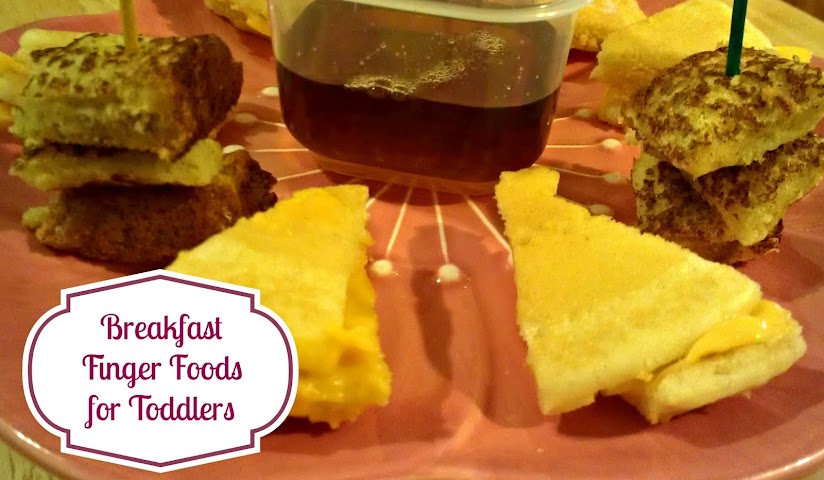 A lot of the time that’s exactly how I serve them, too: straight from the toaster or microwave to plate to Bubbles’ tray.  When I have a couple of extra minutes, though, I like to make the presentation a bit special and add a few extras.  For example over the weekend I cut up some of the Aunt Jemima Cinnamon French Toast Sticks, stacked them up three-high, and skewered them with colored toothpicks.  After cooking the pancakes I would take two and place pieces of sliced cheese between them, then cut them into wedges.  A bit of maple syrup in a small container in the middle of the plate and you have some dippable finger foods for little ones.  I think they’d also be great served at the kids’ table for Easter brunch. 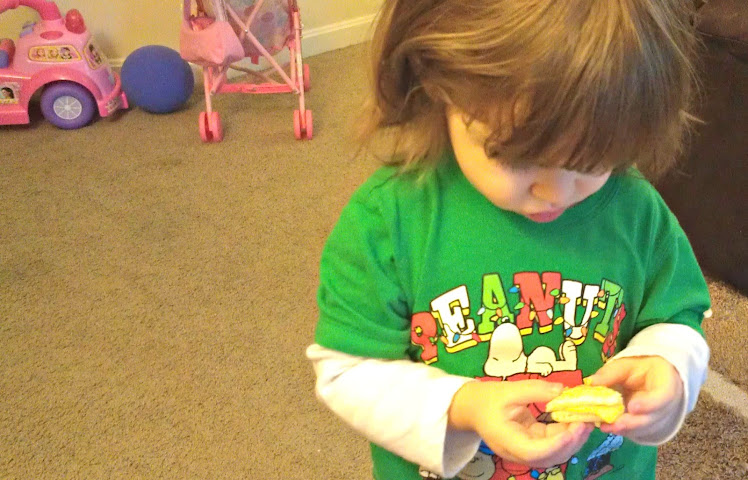 The most important part for me was that Bubbles liked them.  She’s become very independent and really only wants to eat if she can do it herself.  These are great for her small fingers and the cheese holds the pancakes together so they don’t crumble.  I take the toothpicks out for her to eat the French toast sticks but they would be fine for older kiddos.  If you’d like to try these breakfast ideas yourself you can grab a coupon for the Aunt Jemima Lil’ Griddles.

What are your favorite toddler-friendly breakfast foods?

One Response to “Fast and Fun Breakfast & Brunch Ideas for Kids”