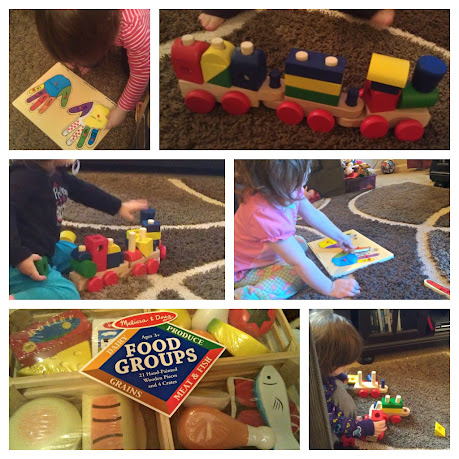 It’s hard (for me) to believe, but Bubbles turned 2 this past week.  It’s cliché to say but time really does seem to fly by with kids this age.  I can remember when she would fit in the nook of my arm while I was feeding her.  Today when I pick her up to give her a kiss, her feet dangle against my knees.  And that’s when she stops moving long enough for me to pick up!

As Christmas was just a few weeks ago (and because this mama has a hard time not buying things at the store as I see them) we didn’t really want to go overboard for her with gifts.  We did, however, want to get her some things and I wanted to make sure they were toys that would keep her entertained and engaged for a few months (when your birthday and Christmas are so close together, there’s a reaaallly long dry spell for gift-giving occasions in between).  She has a few key interests right now that we’d like to nurture: puzzles, dolls, coloring, her kitchen, blocks, anything Disney, and toys like trucks and trains (the last one much to my husband’s delight).

When I thought about those interests and thought about durability one company that quickly came to mind was Melissa & Doug.  A number of their toys and games are made from wood; good for standing up to the rough-housing of a very active 2-year-old.  I had last looked at their website during Christmas and I remembered that they had a lot of play food kits.  Bubbles loves her play kitchen but while it came with dishes and pots and pans it didn’t come with any food.  I knew that a few food items that she could “cook up” would definitely be on my list for her birthday.

After I had selected the food set I thought she would like I continued to peek around their site.  I love sites that allow you to shop by age; I may not always agree with their recommendations, but it’s a great place to start.  Selecting the “Toys for 2 Year Olds” helped me find this wooden Stacking Train Toddler Toy as well as a very fun Hands Counting Puzzle.  Honestly, I could have picked out a list of toys as long as my arm – they just have so many cute things. 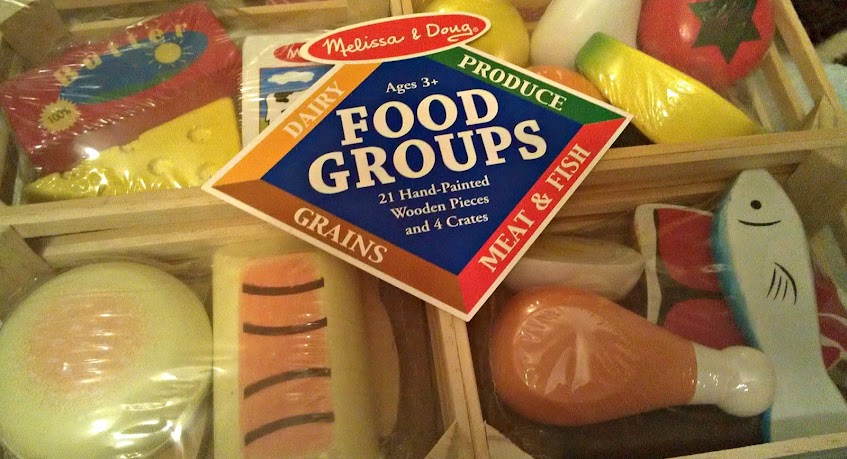 My instincts seem to have been correct, though, as Bubbles is in love with each of the toys.  We gave them to her a few days before her birthday (some family could only be with us then instead of at her party, so we did a few things early) and she has played with them non-stop.  Many times throughout the day I’ll turn my head to find her hand in my face, holding out a plate with a burger she has “cooked” for me.  I like that it came with four crates of food broken down into food groups.  When she gets a little older we can talk about how many foods from each crate we should have at each meal. 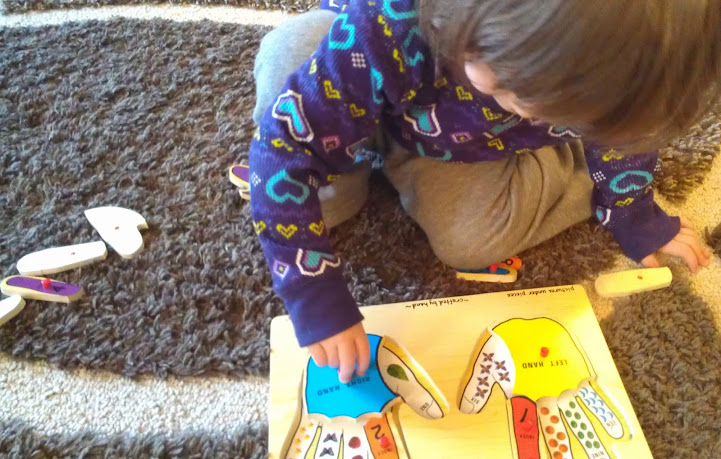 The puzzle is awesome, too.  Not only can she tell me which is the left hand and which is the right, it has given her the chance to do more counting and number recognition.  She is able to count to ten by the numbers on the fingers themselves, plus underneath each finger there are images; the number of items match the number on the finger (so seven red hearts under the finger with the number seven).  Lots of learning opportunities! 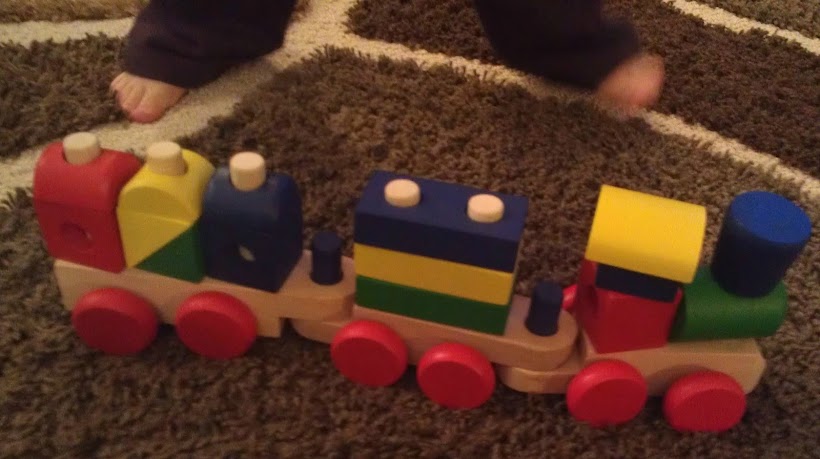 The train has received a lot of play time, as well.  She spends large chunks of time arranging the pieces into different formations, driving it around, and building paths for it with her blocks.  She also gets a huge kick out of standing and letting me drive the train through her feet like a bridge.  Well, more than a kick – she’ll come grab my hands and say “Mama mama, train bridge!” and we’ll have to do that for about 20 minutes.

I’d love for your child to experience the same joy Bubbles has with her new wooden toys and so would Melissa & Doug.  So they have offered an amazing prize for one lucky reader – your choice of $100 worth of toddler games or toys from their site!  You’ll really be able to hook your kiddos up with a fun new stash of toys.  Giveaway closed. 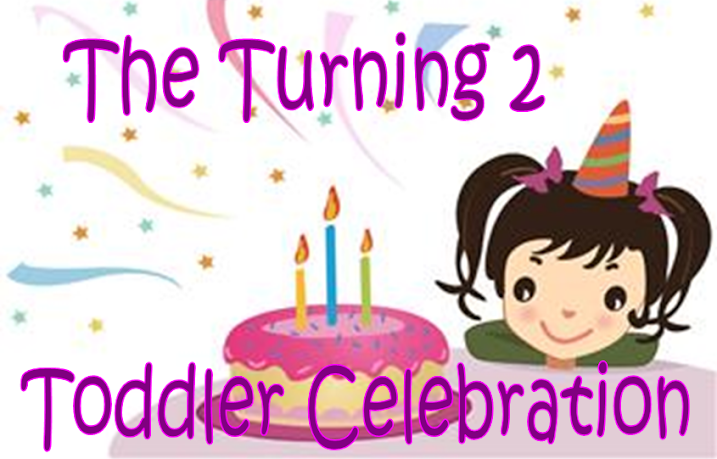 I received the above products in order to facilitate my review.  No additional compensation was received and all opinions, as alays, are 100% that of myself and my family.  Giveaway prizes are fully sponsored by Melissa & Doug.