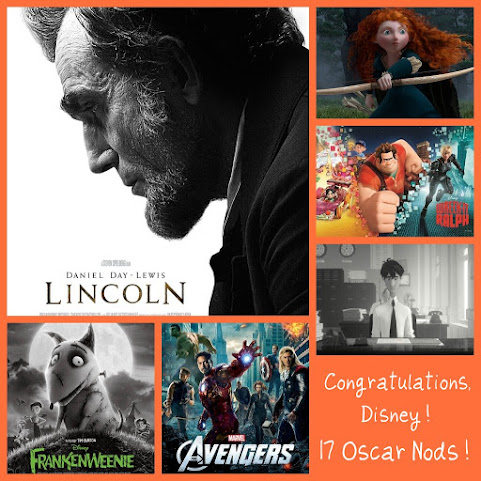 I’m glad that they received so many nominations, but I’m a little sad that Wreck-It Ralph, Frankenweenie, and BRAVE are all up against each other.  I want them all to win!  We’ll just have to wait until Sunday, February 24 when the 85th Academy Awards air live on ABC to find out what happens!  In the meantime, you can check out Oscars.com for the full list of nominees and more information.

Which movie are you most rooting for to win at the Oscars?

3 Responses to “The Walt Disney Studios Picks Up 17 Oscar Nominations!”