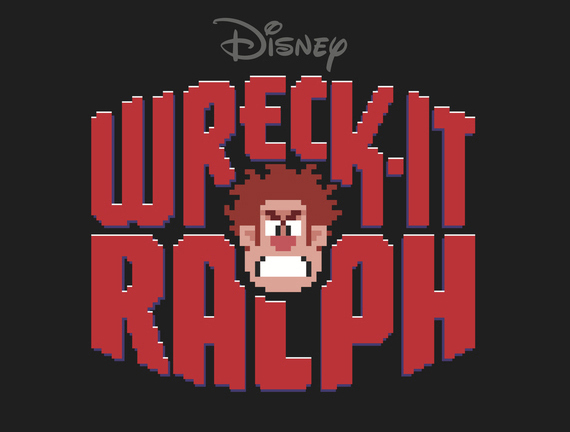 For all those who went and saw Disney’s Wreck-It Ralph on the opening weekend – thank you for supporting Disney and such a great movie.  Thanks to you, Wreck-It Ralph opened #1 at the box office with $49 million – the largest opening in Walt Disney Animation Studio’s history!  The movie continues to collect accolades from critics, and everyone that I’ve spoken to that saw it has said they loved it.  I know the music makes me want to sing along every time I hear a commercial for it.

If you have loved the nostalgic feel of the games, or if you want to share something fun from your childhood with your kiddos, you’ll love this free printable build your own mini “Fix It Felix Jr.” game cabinet!  I remember spending many an hour in arcades (which are almost as extinct as the rotary phone, sadly) playing games just like this one.  Click each image to open a larger, printable version. 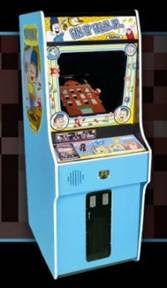 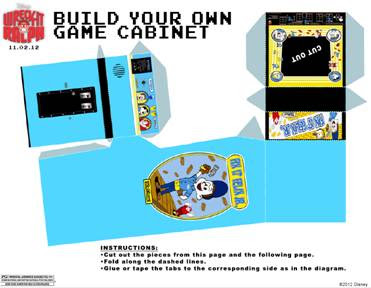 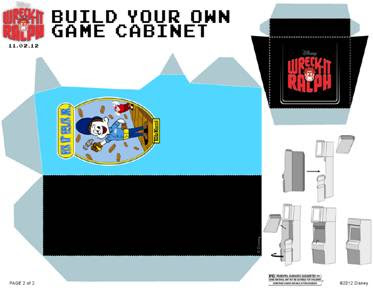 Other’s are also having some Wreck-It Ralph fun.  Check out this amazing cake that Ricky Webster made!  I’ve always wanted to be able to create cakes like this.  Follow Ricky on Twitter to see his other creations. 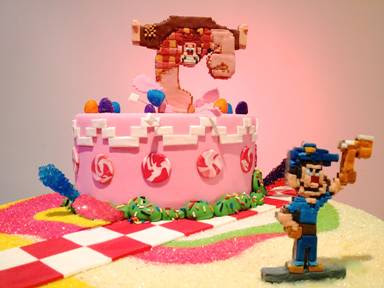 Finally, here is Owl City’s music video “When Can I See You Again?” that plays during the closing credits of Wreck-It Ralph.  I hope you like it as much as I did!  If you haven’t seen the movie yet, this just may inspire you to go see it this weekend!

Have you seen Wreck-It Ralph yet?  Who is your favorite character?