I honestly didn’t even know there was a National Dog Day; when it comes to our dogs, every day seems like a day dedicated to them – we love them that much!

Growing up we always had a dog.  My parents got their first one – named Benji – a few weeks before I came home.  We literally grew up side by side; I couldn’t have asked for a better friend, and it was heart-breaking when he passed away when I was in junior high.  After that there was Dinah, Gabriel (Gabe), Beauregard (Beau), and Mo (named by the shelter, we actually called him Mozilla for some odd reason).  Pretty sure that somewhere down the road, Mo’s ancestors had bred with a kangaroo, because I’ve never in my life seen a dog leap three or four feet vertically off the ground.

We don’t currently have a dog but my father-in-law received one for Christmas last year, and she visits us often (much to Bubbles’ delight).  So we’d like to say happy National Dog Day to Gus!  (Yes, that’s a boy dog name, and Gus is a girl, but hey.) 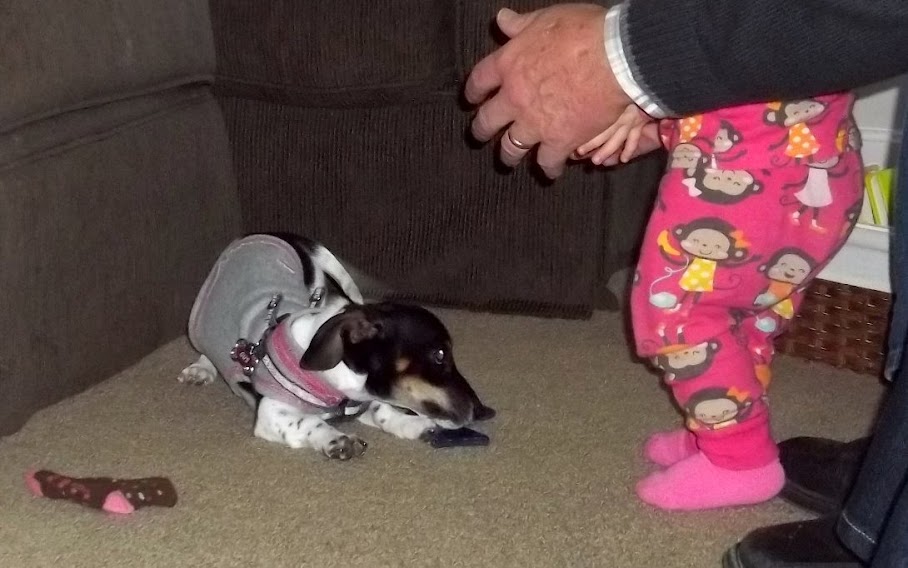 There’s also another dog that will soon be working his way into everyone’s hearts, and that’s Frankenweenie!  He’ll be scampering into theaters on October 5th!  Directed by Tim Burton, it’s sure to be an awesome film; The Nightmare Before Christmas is one of my favorites!  I’ll have more details for you later, but in the meantime you can check Frankenweenie out on Facebook. 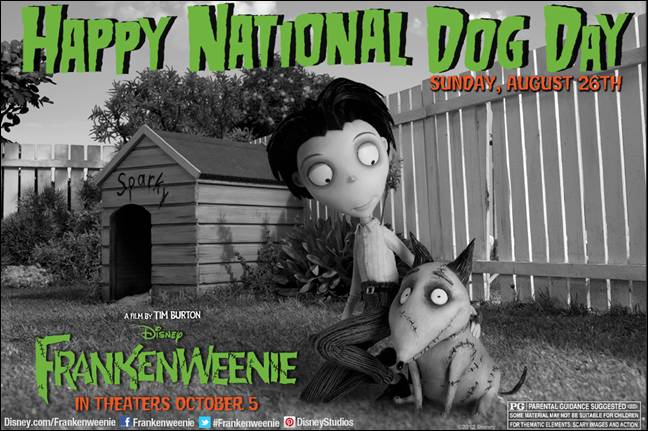 Do you have a dog?  Or maybe you had one growing up?  I’d love to hear about them!