What is your favorite football memory?

I know I’ve mentioned it once or twice lately, but football season is almost here!  This past weekend we even enjoyed some preseason games on TV.  Now we’re just counting the days until the NCAA games start.

Panoramic shot of Commonwealth Stadium taken with my old phone.

We didn’t make it to any UK games last season, but the year before that we did.  Being inside Commonwealth Stadium – and I’m sure any NCAA stadium where you’re cheering on the home team – is such an amazing experience.  The sounds and smells swirl up around you, and you find yourself alternately groaning on every missed pass and goal and screaming at the top of your lungs for excellent plays and touchdowns. 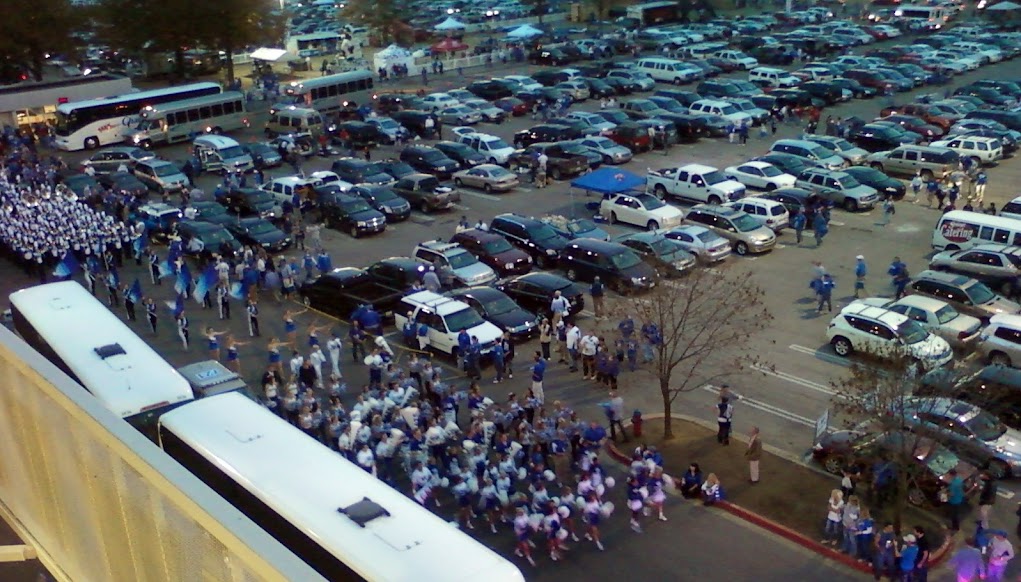 The parade outside of Commonwealth Stadium, taken from the balcony behind our seats.

Before the game even starts everyone is getting in the mood: tailgating, playing games, talking to your seat neighbors in the season ticket area.  And then they have a little parade outside the arena with cheerleaders, a band, and much more.  I would imagine that even if you weren’t a football fan, you’d have a hard time not getting caught up in it all by attending a live event.

One of the neatest things about the last time we attended a game was that Bubbles was there – even though she hadn’t been born yet!  I could feel her doing a lot of kicking, so I think she was pretty excited to be there, too.  That game was definitely my favorite football-related memory to date.  We’re hoping to get tickets for the whole family to attend an NFL game either this season or next; there are a handful of NFL teams within driving distance, so that would be a great mini vacation.

For most of the season this year, however, we’ll be watching the games at home on TV.  And if you’re going to watch football on TV, you need snacks!  One snack that I like to make for tailgating is a recipe that I first had nearly two decades ago (wow, it kind of hurts to say that).  My cousin would always make it for special family gatherings, games, and receptions.  It’s called SNICKERS® Salad; yes, a salad made with candy bars!  And it’s super-easy to make. 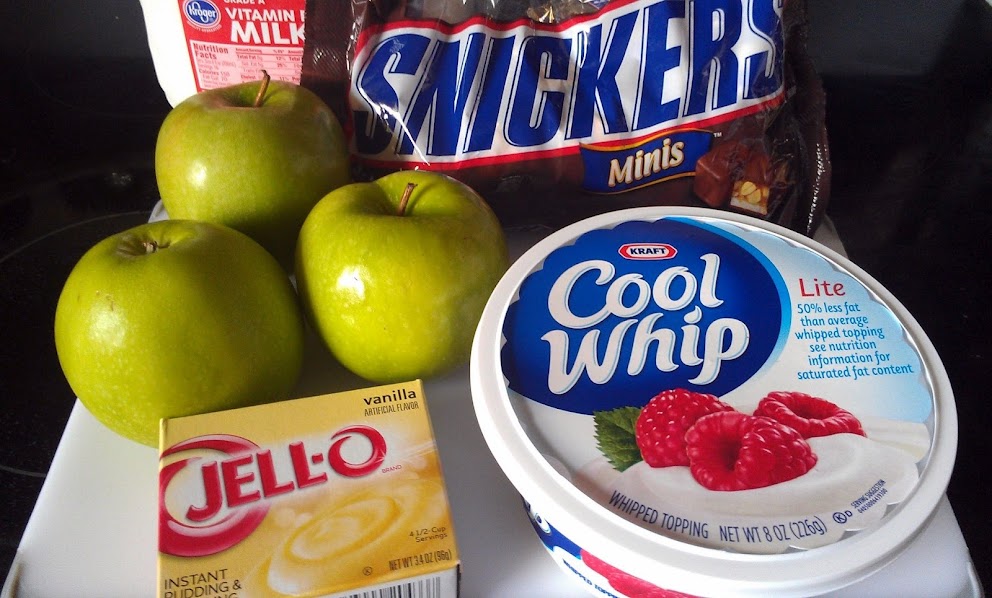 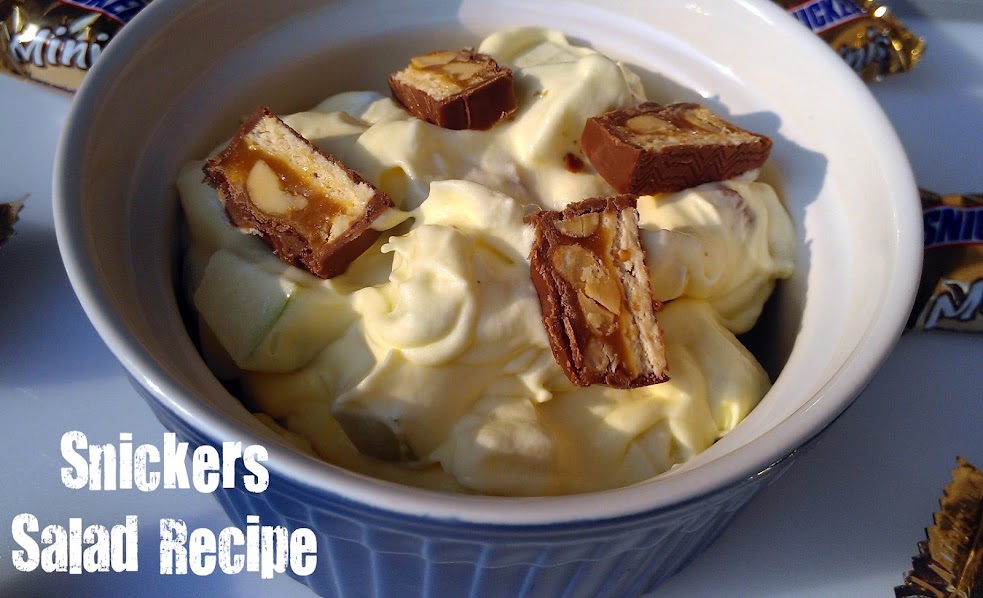 Our store didn’t have the SNICKERS® Brand NFL Minis just yet, so I bought these to tide us over!

In addition to the SNICKERS® Salad, I think we’re going to have to fill up our Snickers NFL tray (that I won years ago) with some of those SNICKERS® Brand NFL Minis so we can snack even after the salad is gone.  Plus they’ll be good for those tense moments when the score is tied, the time is winding down, and you’re fourth and goal.  I can feel my heart rate climbing just thinking about it!

I am a member of the Collective Bias™ Social Fabric® Community.  This shop has been compensated as part of a social shopper insights study for Collective Bias™ and SNICKERS® Brand NFL Minis #SnickersMinis #CBias #SocialFabric  All opinions, as always, are 100% that of myself and my family.