A couple of weeks ago I shared with you that my family was playing a lot of NCAA Football 12 to gear up for the release of #NCAAFootball13.  And now it’s here!  It released last Thursday and after work I headed over to pick a copy up.  If you follow me on Twitter, you may have caught my tweet with a picture of all the EA Sports NCAA Football 13 games that were on display. 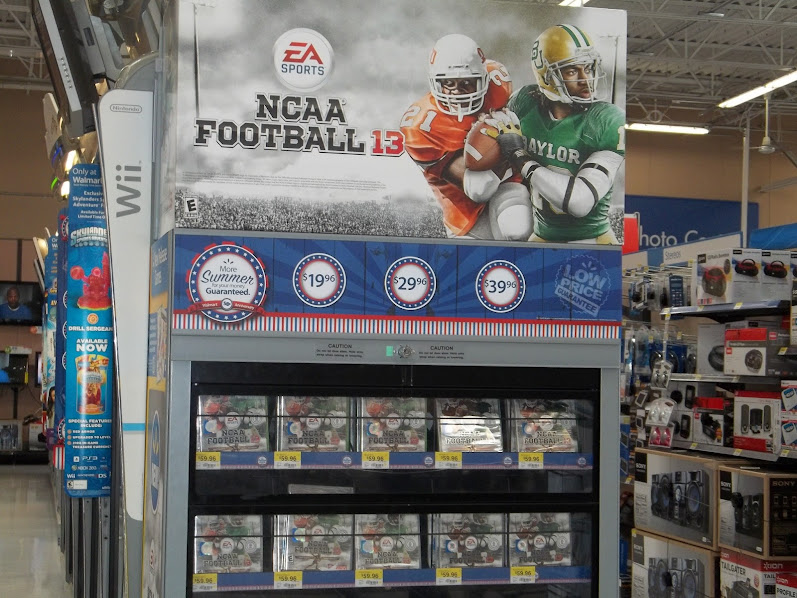 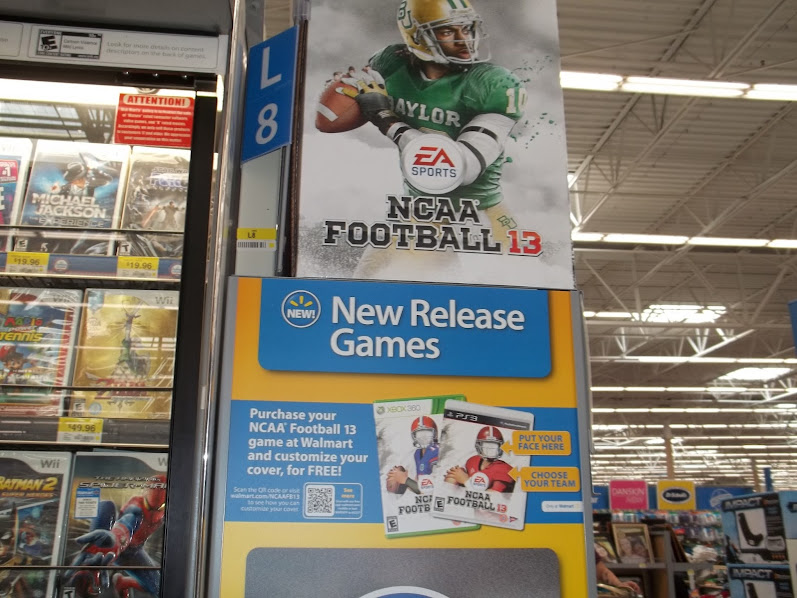 After picking up our copy for the PS3 it was time for the rest of my shopping list.  In addition to a few regular grocery items, I needed a few things for dinner that night, plus lots of snacks for while we played.  You can view my Google+ Album to see my entire shopping trip. 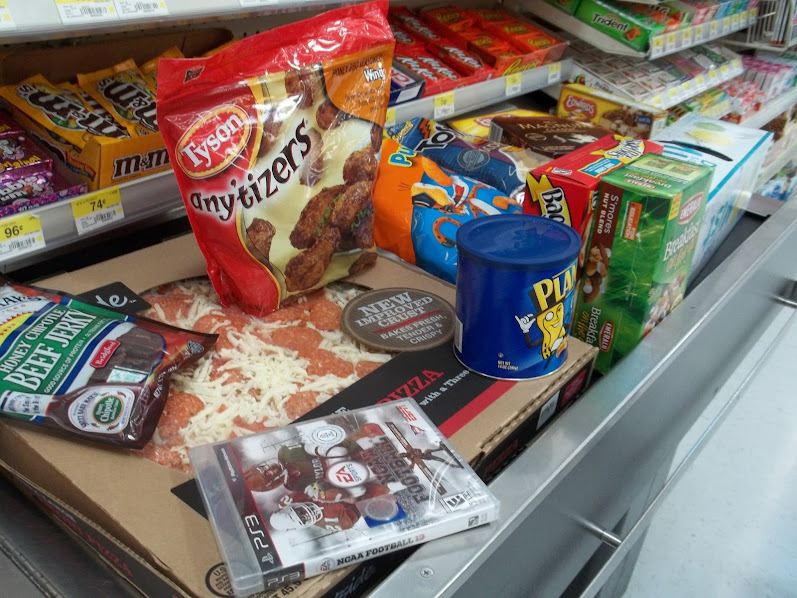 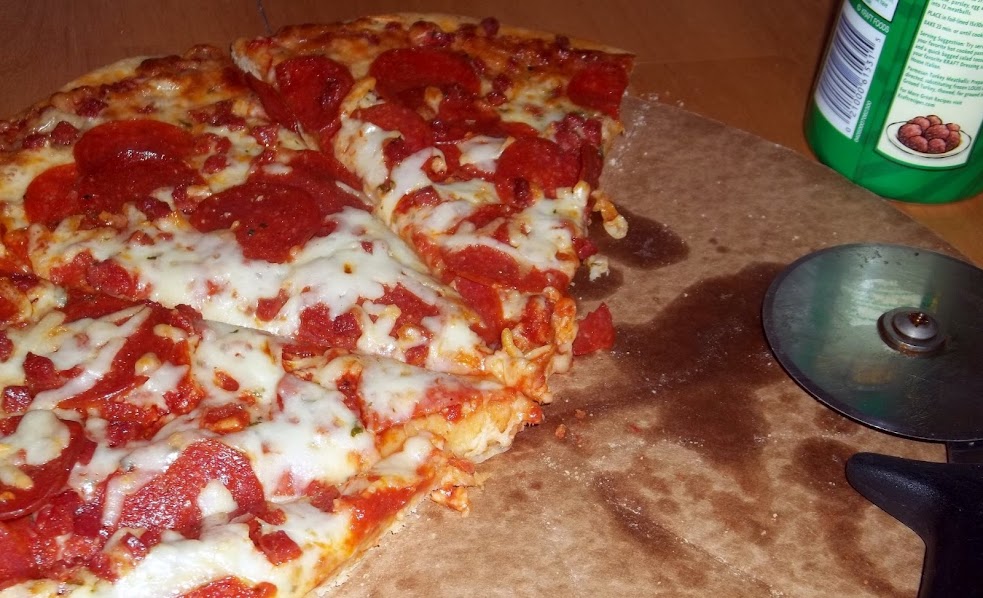 We decided to have pizza for dinner, one of the fresh ones from the deli that you bake at home.  I remember having looked at them a number of times in the past, but I don’t recall that we’ve ever tried one.  I thought game night would be the perfect excuse.  I snagged one of the pepperoni ones, and it ended up being really good.  Pizza is one of the few foods Bubbles will eat every time, so she really liked it, too. 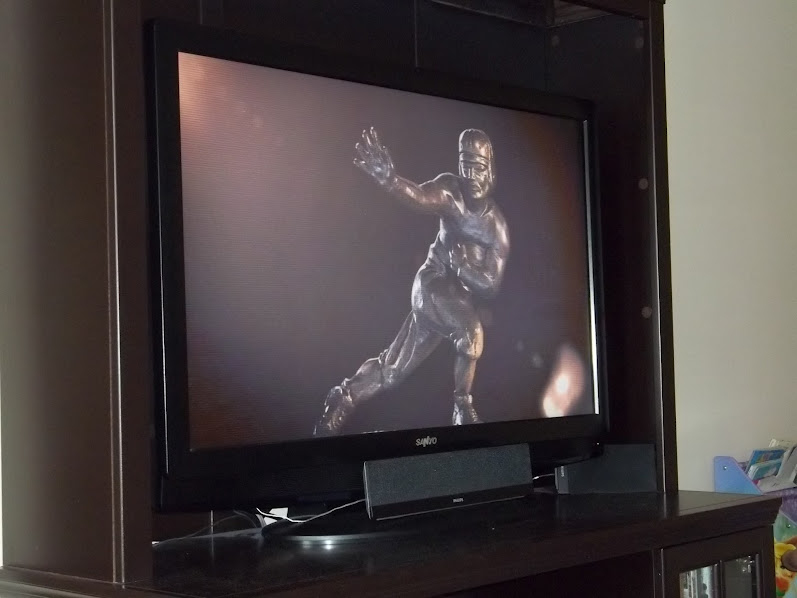 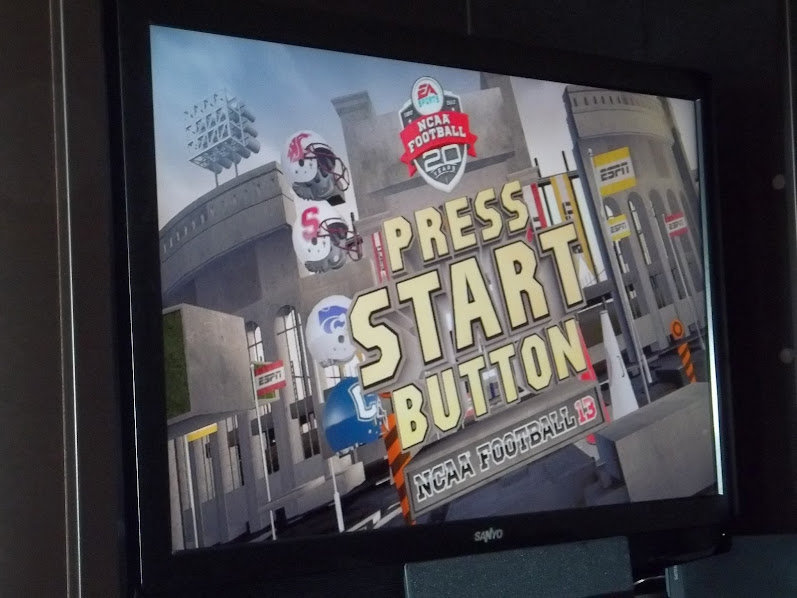 After dinner, it was time for the main event!  NCAA Football 13.  We loaded it up and one of the first things that you see on the screen is the Heisman Trophy.  There is a new Heisman Challenge in the game that lets you play as one of 10 former Heisman Trophy winners, such as Doug Flutie and Herschel Walker, and try to bring it home for your school.  We watched the cinematics then waited for the game to load and finally – success!  We were ready to play. 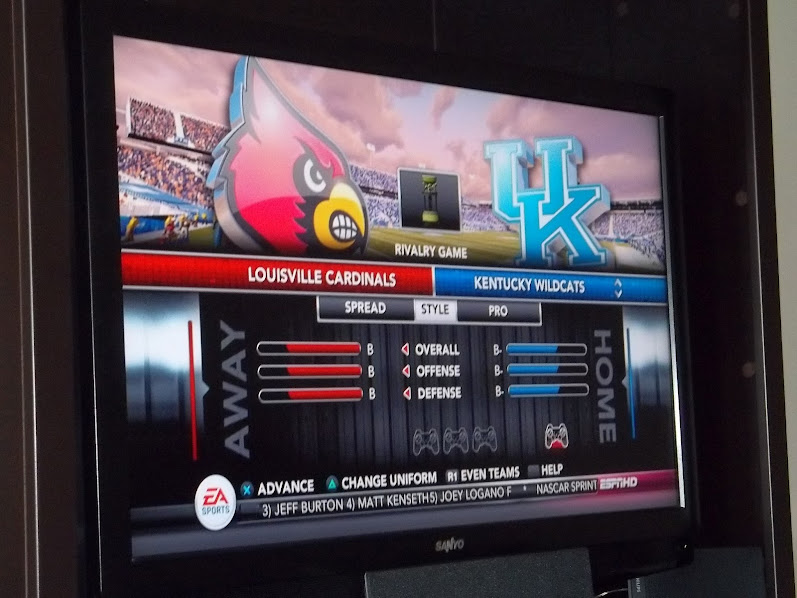 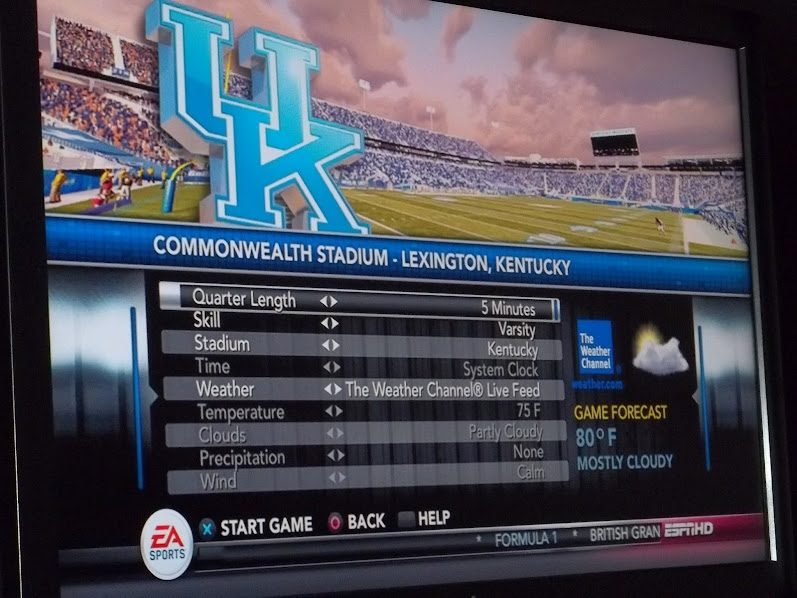 Hubby started it in single player mode first, just to make sure there wasn’t any setup that we were going to need to go through.  And, of course, he immediately chose University of Kentucky as his team to test it out with.  One feature that he found neat was that the game automatically matched him against the Louisville Cardinals for a rivalry match.  (That game is serious. business. around here!).  We were playing on our home field of the Commonwealth Stadium, and a feature that I personally found to be cool was that The Weather Channel was providing a game forecast for what the weather was during the game.  It really added to the interactive, personalized feel of the game.

Gameplay was really very fun.  The all-new passing game really does give you more realism than in previous games, and it’s fun to watch things slow down during Reaction Time to give you that “oh my gosh, this is happening, I’m in the game” feeling.  We didn’t get too far into the Dynamic Dynasty that first night, but it’s definitely something that will keep everyone interested over time. 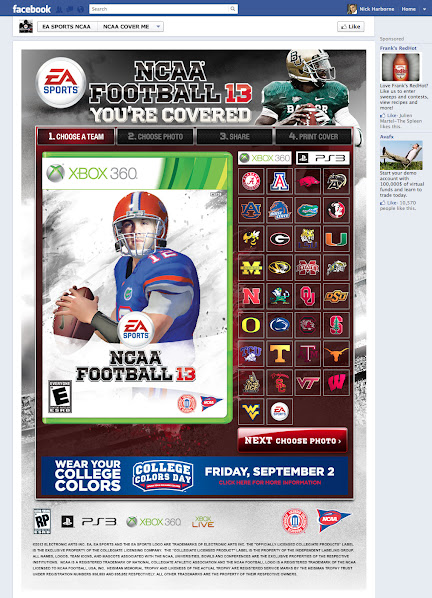 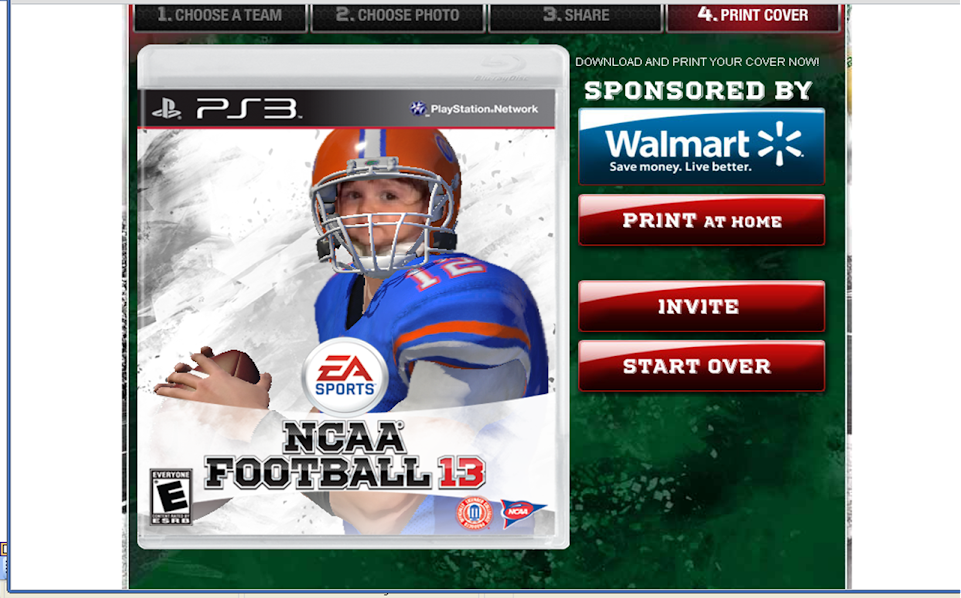 While everyone was playing, I logged on to the EA Sports You’re Covered Facebook app.  This lets you put your child right on the cover of the game, making the experience that much more personalized.  It’s really easy to use.  You just choose your game version (PS3 or Xbox360; Wii isn’t available) and then your favorite team.  I was a little disappointed that UK isn’t a choice for the cover, so I ended up choosing Florida.  Then you add a photo – either by uploading it from your PC, importing one of your Facebook photos, or taking a new picture with your webcam.  Center your child’s face inside the helmet (there are some sizing tools) and you’re done!  Right now you can print from home but soon you’ll also be able to send it to Walmart and pick it up there.

And now I have a really special surprise for you.  I’m one of a handful of people that is able to bring you an exclusive giveaway!  You could win your choice of the following:

I am a member of the Collective Bias™ Social Fabric® Community. This shop has been compensated as part of a social shopper insights study for Collective Bias™ and Electronic Arts #CBias #SocialFabric  All opinions, as always, are 100% that of myself and my family.

NO PURCHASE OR PAYMENT OF ANY KIND NECESSARY, A PURCHASE OR PAYMENT WILL NOT INCREASE YOUR CHANCES OF WINNING. NCAA Football 2013 You’re Covered Sweepstakes (the “Sweepstakes”) starts on July 10, 2012 at 12:00:00 A.M. EST and ends July 31, 2012 at 11:59:59 P.M. EST. Click on Official Rules for details on entry instructions, odds of winning, prize details, restrictions, etc. Open only to legal residents of the 50 U.S./D.C. and 18 years or older as of time of entry. Residents of P.R. are ineligible. Void in P.R. and where prohibited. Sponsor: Electronic Arts, Inc., 209 Redwood Shores Pkwy., Redwood City, CA 94065.  Full sweepstakes terms and conditions can be found here.

3 Responses to “It’s Here! #NCAAFootball13 Has Released And We’re Giving Away An Autographed Football!”