This is not a movie to miss, folks.  Seriously.

In fact, my hubby has already informed me that we’re going back to see it again this weekend.  I honestly can’t recall a a movie in recent history – or maybe ever – that he wanted to see twice in the theater.  I won’t give too much away for those of you who haven’t seen it, but I did want to share a little bit about each of the main characters to give you a taste of what made this movie so successful.

First we have Loki, bad guy extraordinaire.  He has kind of a chip on his shoulder – a chip roughly the size of North America.  Playing second fiddle to Thor could do that to a person, I suppose.  Now Loki wants a little revenge and he feels that destroying Earth, which Thor protects, could get that for him.  If it weren’t for that whole wants-to-wipe-out-mankind thing, you’d feel a little bit bad for the plight that he’s in.

Speaking of Thor – also known as the god of Thunder, also known as eye candy – this isn’t his first Earth rodeo.  He was previously banished to Earth for his irresponsible behavior back on his home land of Asgard.  He was allowed to return after redeeming himself, but still looks over Earth.  He doesn’t exactly play well with others, but he and his legendary hammer, Mjolnir, team up with the Avengers to stop his brother. 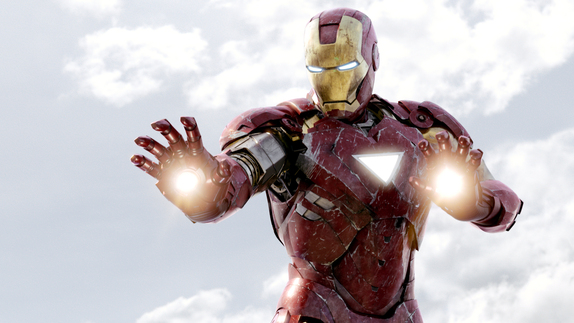 Next up is Iron Man, who has always been a favorite character of mine (and only partially due to him being played by Robert Downey Jr.).  The billionaire and genius behind the suit was always a bit of a playboy but Ms. Potts has managed to keep his attention.  She doesn’t get much screen time, but what time she does have, she fills with sweet wittiness.  Iron Man has a number of one-liners in the movie, many which will have you laughing out loud.  The time that he spends in the makeshift lab with Bruce Banner is fun, too; Iron Man is the only guy I know who would poke the Hulk just to see what happens.

Bruce Banner doesn’t spend as much time as his alter ego The Hulk as you might expect, but that’s okay.  Both of them are enjoyable to watch.  Bruce is almost demure in his mannerisms, but has that mischevious sparkle in his eye.  And the Hulk, well, the Hulk smashes.  At one point Loki is rambling on about how wonderful he is, and the next thing you know, the Hulk is using him as a fly swatter.  It’s probably my favorite scene in the entire  movie.

Captain America is as wholesome as apple pie and you love him for it.  I’d always enjoyed Captain America, but The Avengers made me a true fan.  He loves his country, the truth, and doing what’s right – which doesn’t always line up with the rag-tag misfits that are the Avengers Initiative.  But he displays true leadership and helps guide his teammates in the right direction on more than one occasion.  His shield received a little bit of an update for this adventure thanks to one of the S.H.I.E.L.D. staff that idolizes him and he puts it to good use, especially when he stops a forest-leveling fight between Thor and Iron Man. 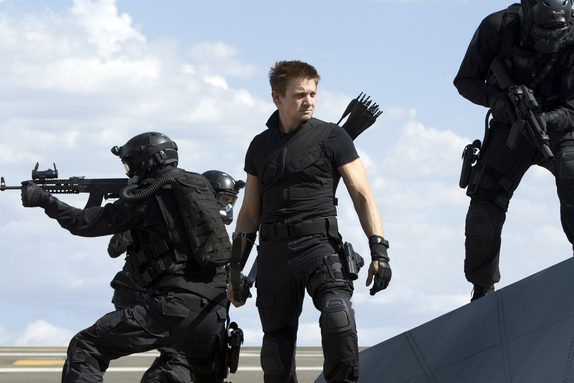 Hawkeye is the greatest living marksman on Earth.  I had previously been unfamiliar with him, but he quickly has become one of my favorite Avengers (Joss Wheden, if you’re reading this: can we have a Hawkeye and Black Widow movie?  Please?).  After being tapped on the chest with Loki’s staff, he spends part of the movie under Loki’s spell.  Fortunately the Black Widow (literally) smacks some sense into him and he joins the Avengers in hopes of some revenge.  He has a quiver full of specialized arrows and fires them off like nobody’s business.  And he doesn’t even break a sweat! 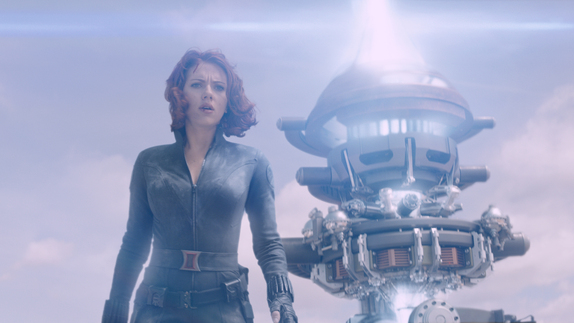 The Black Widow, whose real name is Natasha Romanoff, is the world’s greatest spy and quite possibly the world’s greatest assassin, too.  The movie opens with her being interrogated – until her cell phone rings to let her know she’s being called home to help with the Loki situation.  The next few minutes set the tone for the movie with a great combination of humor and action.  In addition to having unreal martial arts skills, she’s also quite an actress; Loki says a number of vile things to her and she looks like she’s about to burst into tears (or rip his throat out) – until she turns on her heel with a “got what I need” and struts off.

Finally we have Nick Fury who is the legendary director of S.H.I.E.L.D. (an international peacekeeping organization).  As the guy in the know, he’s basically humanity’s first line of defense against the world’s biggest threats.  He’s a master manipulator, knowing just what it takes to say or do to each potentially member of the Avengers to get them to do what he wants them to do.  He also has a few secrets, one of which almost ends the Avengers Initiative before it’s even begun.

There is also one very sad moment in the movie when someone you’ve come to know well is killed.  I won’t say who so as not to spoil it for anyone, but it really did make me tear up a little bit.

All in all I give this movie two very enthusiastic thumbs’ up and I can’t wait to see it again.  I’m also looking forward to the sequel to Thor and the third installment of Iron Man, both of which have been announced for release next year, as well as the sequel to Captain America which will hit theaters in 2014.

I would love to hear your thoughts on The Avenger’s movie.  What was your favorite part?  Who is your favorite character?  Would you give it two thumbs’ up, as well?

We received complimentary passes to an advanced screening in order to facilitate my review.  No other compensation was received and all opinions, as always, are 100% that of my family and myself.