We LOVE the Marvel characters.  Ever since I saw Robert Downey Jr. strap on the Iron Man suit, I was hooked.  So of course we’ve been VERY excited about seeing The Avengers this month.

If you’re a Facebook fan or Twitter follower, you know on Tuesday that I shared we were on our way to an advanced screening of the movie.  You may have also caught a few tweets later that evening as we drove home; I was too excited to wait until we got home.  The movie is genuinely awesome, and I highly recommend it.  It’s full of comedy, action, adventure, and even a touch of romance. 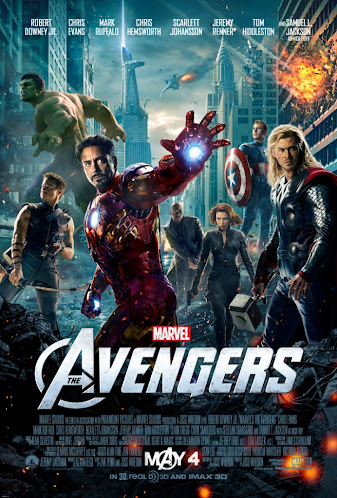 The comedy was the part that surprised me the most – I literally laughed out loud at a couple of parts, including one between the Hulk and Loki.  I won’t post any spoilers just yet, but it was one of my favorite moments of the entire film.  There’s also some good dialogue between Captain America and Iron Man, and Thor’s interactions with most everyone are really enjoyable.

Tomorrow or Saturday, I’ll post my review of the film; I want to give those who love to attend opening night a chance to see it before I weigh in.  Until then, here’s a clip for you!

2 Responses to “Marvel’s The Avengers Are Assembling In A Theater Near You Tomorrow!”